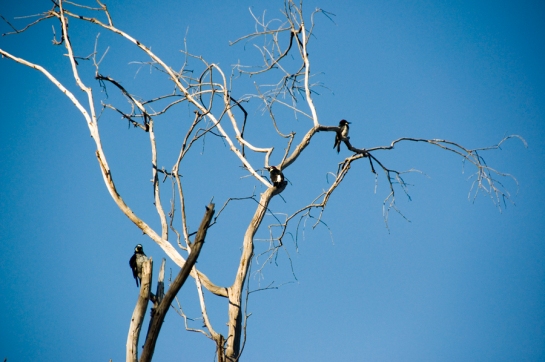 I don’t wish they all could be Californian birds, but I had fun spotting new species and some old favorites during a Christmas trip to the West Coast. 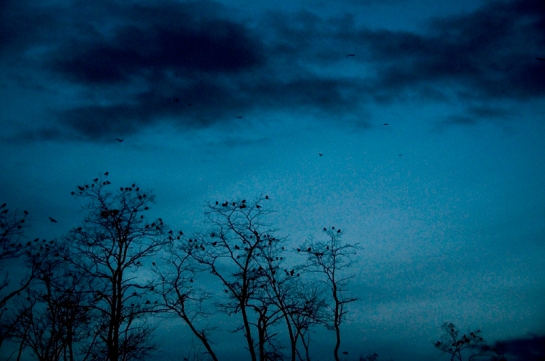 :: The New York Times “City Room” blog reports on the death of Violet, a red-tailed hawk whose nest in Washington Square Park became the setting for a webcam that drew over a million viewers. Violet died following surgery to amputate a necrotic foot. [“Violet the Red-Tailed Hawk Is Dead,” nytimes.com] Roger Paw reports on his blog that Violet suffered a heart attack following the surgery, and that a vet performed CPR on the hawk for 20 minutes in an attempt to revive her. [“Sweet Violet has passed away,” rogerpaw.blogspot.com]

:: When a local newspaper reported that thousands of “crazed seabirds pelted the shores of North Monterey Bay, California” in August of 1961, director Alfred Hitchcock took note. The incident became an inspiration for his classic thriller “The Birds,” but a question lingered for decades: what drove the gulls to descend upon the town? Ocean environmentalist Sibel Bargu of Louisiana State University in Baton Rouge believes they were poisoned by plankton. [“Mystery of incident that inspired ‘The Birds’ solved?“, USA Today]

:: We’re coming up on the one-year anniversary of another ornithological mystery: the sudden death of thousands of blackbirds over Beebe, Arkansas. The National Wildlife Health Center later determined the birds died of blunt-force trauma, possibly from colliding with cars and buildings after being startled by fireworks displays. This year, the local police department is stepping up enforcement of a ban on commercial-grade fireworks during the New Year’s holiday with the hope of avoiding another mass casualty incident. [“Arkansas dead birds: Beebe birds one year later“, todaysthv.com]

:: Earlier this month, thousands of grebes were killed and 2,000 more were rescued after a mass downing in southern Utah. Wildlife officials believe the birds mistook parking lots for lakes and ponds and made an ill-fated attempt to land for the evening. [“Thousands of birds make crash landing in Southern Utah,” thespectrum.com]

:: Nest here often? New research shows that birds living in cities use different mating calls than their country counterparts. Buildings absorb and refract songs, and the drone of traffic and other urban noise drowns out lower-register calls. “Those low-pitch sounds decline in five out of six species that we studied in urban areas,” Peter Marra, a scientist at the Smithsonian Conservation Biology Institute, said in an interview with NPR. “So birds have sort of tried to change their songs to higher-frequency songs or midfrequency songs.” [“To Flirt In Cities, Birds Adjust Their Pitch,” npr.org]

I showed up a few minutes early for a Sunday session at Pioneer Valley Crossfit on Route 9 in Hadley and figured I’d see if I could spot any birds while I was waiting for the gym to open.

I started to walk out to the bike path but I spotted an eagle before I made it out of the parking lot. 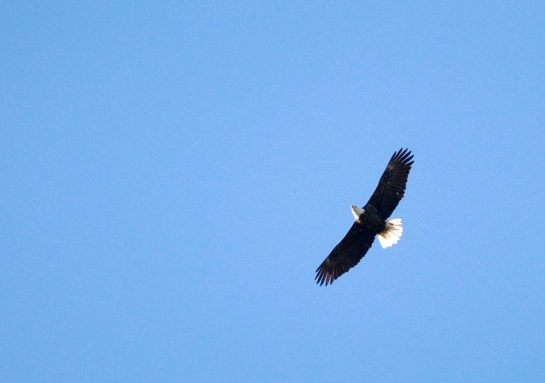 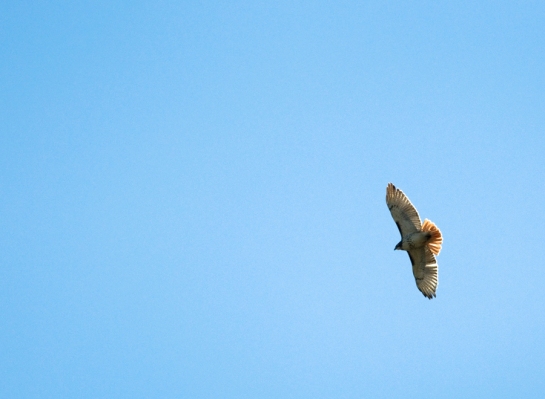 At that point I started crossing my fingers, hoping their circles would overlap just enough to fit them both in the frame.

A few minutes and a pretty stiff neck later, they did. 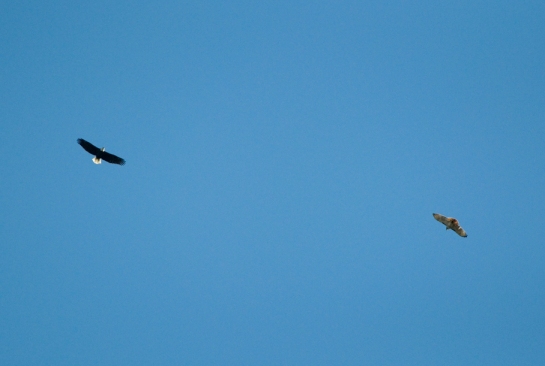 When I was a kid, I’d complain about seeing too many starlings.

Now I can’t get enough of them. 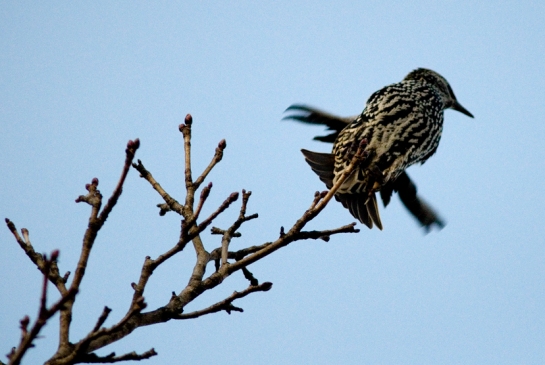 Two eagles were soaring over the intersection of High and Lyman streets late this afternoon, and when they disappeared from sight I went down to the bridge to South Hadley Falls to see if I could spot them. 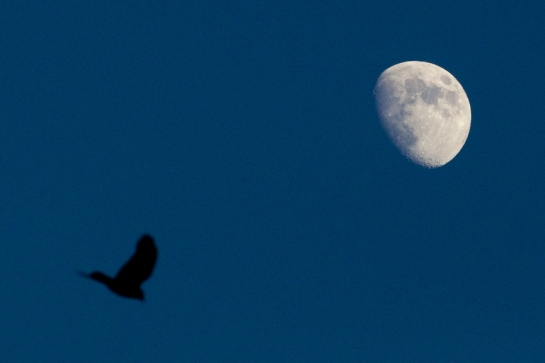 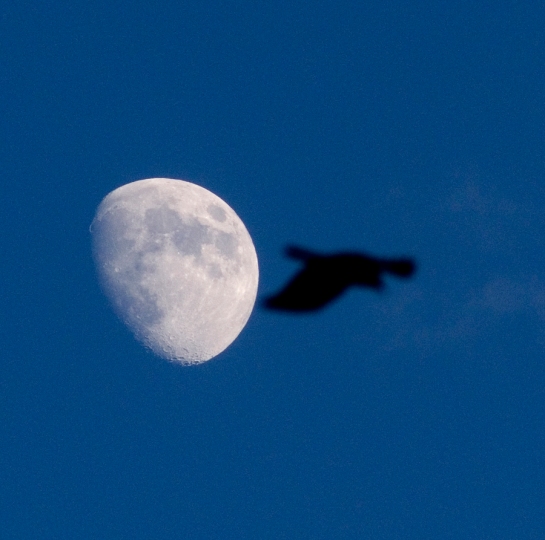 This is gorgeous, and amazing. [Hat tip: Mark Fitzpatrick.]